Work has commenced on Shee Alms house which was founded by the Shee family in 1582 ‘to accommodate twelve poor persons’ in the city of Kilkenny. The house was also used as a Catholic chapel before the 1800s and as a hospital in 1837. It became a shop in the early 20th century. The Alms house was in 1978 acquired by Kilkenny Corporation and restored to its original condition. It was reopened as the city tourist office in 1981.

We have erected hoarding outside the site which has numerous historic buildings painted on them to display the towns heritage to people passing by and tourists. The job is a restoration of the existing building while preserving the original stonework and roof.

We installed these screens for one of our clients in their canteen and office area. The purpose of the screens is to maximize the amount of protection that can be afford to each individual whilst still trying to maintain a feeling of openness to the areas. As there is in excess of 1,000 people working on this one site, it may be inevitable that someone could contract the virus and these screens along with inhouse procedures will minimize the affect to those around them by up to 90%.

To allow continuation of business we have designed this simple piece of furniture which can be easily retrofitted to any desk or counter. The screen which is made from birch ply and glass is attractive, functional and robust. There is an opening which is large enough to allow both sound and any necessary paperwork to be pass though. 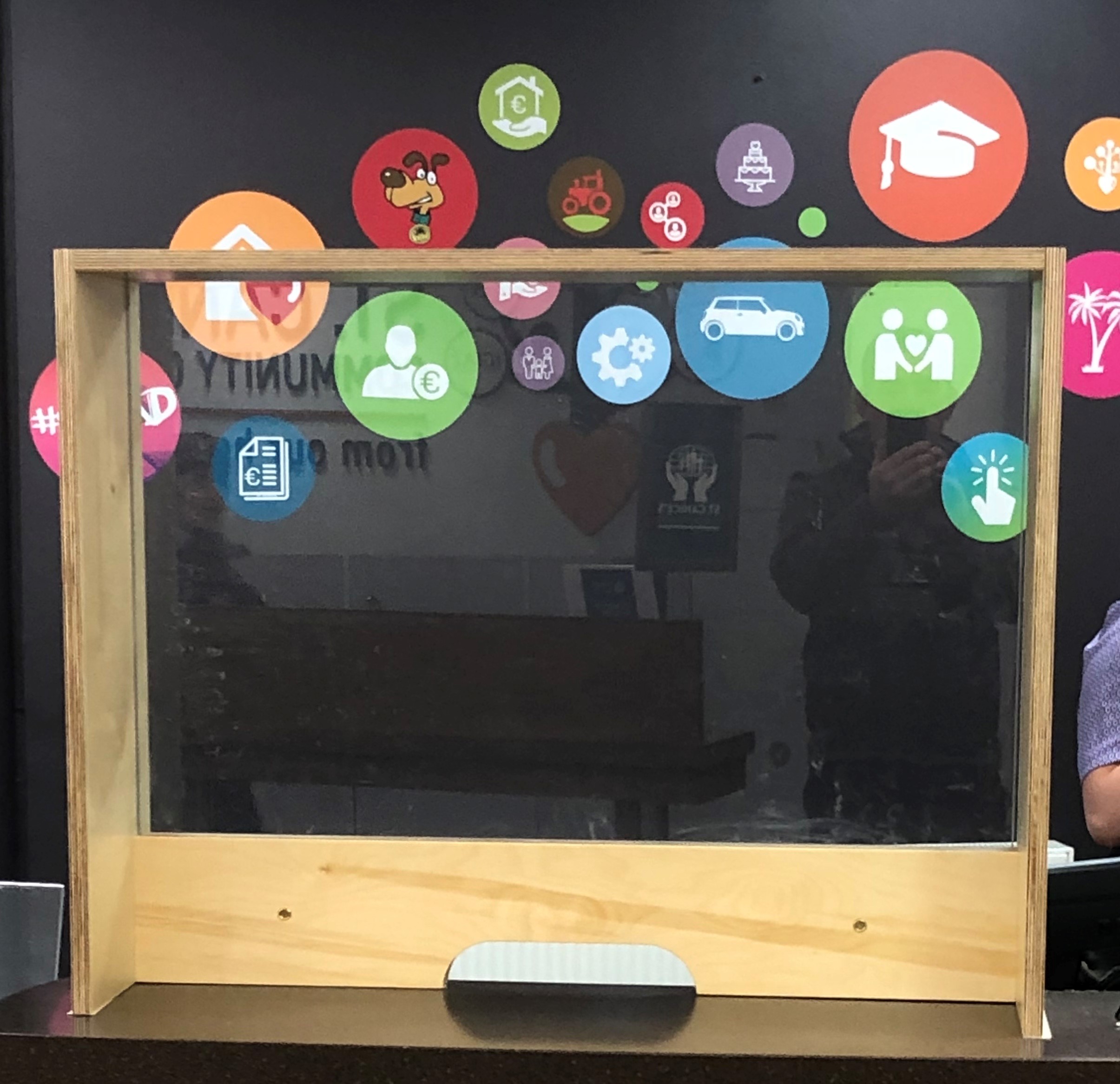